Update: Clearly I was ahead of my time on this one and this is now just normal and expected.

endlessly).  Anyway, a few months ago around the time the latest version of Windows Live Messenger and it’s suite RTM’ed I poked around to see if anything new was added.  Turns out there was.

A new credential provider was added!

Not only that, it turns out a couple Winsock providers were added too:

I started poking around the DLL’s and noticed that they don’t do much.  Apparently you can use smart cards for WLID authentication.  I suspect that’s what the credential provider and associated Winsock Provider is for, as well as part of WLID’s sign-on helper so credentials can be managed via the Credential Manager:

Ah well, nothing too exciting here.

Skip a few months and something occurred to me.  Microsoft was able to solve part of the Claims puzzle.  How do you bridge the gap between desktop application identities and web application identities?  They did part of what CardSpace was unable to do because CardSpace as a whole didn’t really solve a problem people were facing.  The problem Windows Live ran into was how do you share credentials between desktop and web applications without constantly asking for the credentials?  I.e. how do you do Single Sign On…

This got me thinking.

Yes, Windows.  I want to change this: 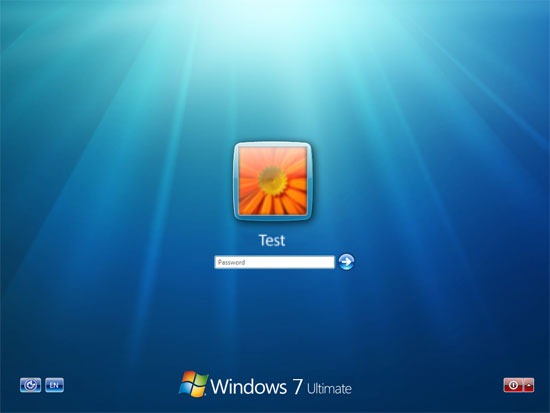 Question: What would this solve?

Answer: At present, nothing ground-breakingly new.  For the sake of argument, lets look at how this would be done, and I’ll (hopefully) get to my point.

First off, we need to know how to modify the Windows logon screen.  In older versions of Windows (versions older than 2003 R2) you had to do a lot of heavy lifting to make any changes to the screen.  You had to write your own GINA which involved essentially creating your own UI.  Talk about painful.

With the introduction of Vista, Microsoft changed the game when it came to custom credentials.  Their reasoning was simple: they didn’t want you to muck up the basic look and feel.  You had to follow their guidelines.

As a result we are left with something along the lines of these controls to play with: 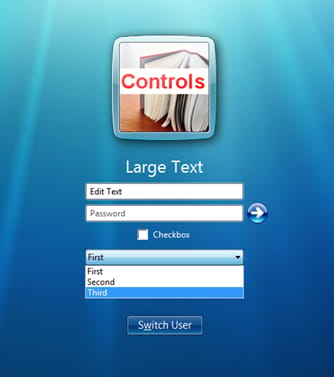 The logon screen is now controlled by Credential Providers instead of the GINA.  There are two providers built into Windows by default, one for Kerberos or NTLM authentication, and one for Smart Card authentication.

When the Secure Attention Sequence (CTRL + ALT + DEL / SAS) is called, Winlogon switches to a different desktop and instantiates a new instance of LogonUI.exe.  LogonUI enumerates all the credential provider DLL’s from registry and displays their controls on the desktop.

When I enter in my credentials they are serialized and supposed to be passed to the LSA.

Once the LSA has these credentials it can then do the authentication.

I say “supposed” to be passed to the LSA because there are two frames of thought here.  The first frame is to handle authentication within the Credential Provider itself.  This can cause problems later on down the road.  I’ll explain why in the second frame. 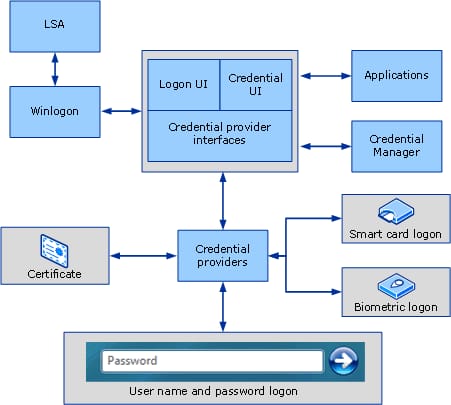 The second frame of thought is when you need to use custom credentials, need to do some funky authentication, and then save save the associated identity token somewhere.  This becomes important when other applications need your identity.

You can accomplish this via what’s called an Authentication Package.

When a custom authentication package is created, it has to be designed in such a way that applications cannot access stored credentials directly.  The applications must go through the pre-canned MSV1_0 package to receive a token.

Earlier when I asked about using Windows Live for authentication we would need to develop two things: a Credential Provider, and a custom Authentication Package.

I asked before: What would this solve? 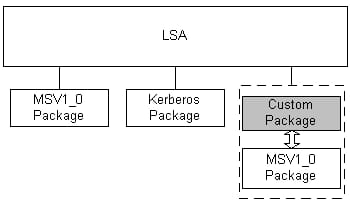 This isn’t really a ground-breaking idea.  I’ve just described a domain environment similar to what half a million companies have already done with Active Directory, except the credential store is Live ID.

On it’s own we’ve just simplified the authentication process for every home user out there.  No more disparate accounts across multiple machines.  Passwords are in sync, and identity information is always up to date.

What if Live ID sets up a new service that lets you create access groups for things like home and friends and you can create file shares as appropriate.  Then you can extend the Windows 7 Homegroup sharing based on those access groups.

Wait, they already have something like that with Skydrive (sans Homegroup stuff anyway).

Maybe they want to use a different token service.

Imagine if the user was able to select the “Federated User” credential provider that would give you a drop down box listing a few Security Token Services.  Azure ACS can hook you up.

Imagine if one of these STS’s was something everyone used *cough* Facebook *cough*.

Imagine the STS was one that a lot of sites on the internet use *cough* Facebook *cough*.

Imagine if the associated protocol used by the STS and websites were modified slightly to add a custom set of headers sent to the browser.  Maybe it looked like this:

Finally, imagine if your browser was smart enough to intercept those headers and look up the user’s token, check if they matched the header ”Relying-Party-Accepting-Token-Type” and then POST the token to the given reply URL.