The last year or so has been… busy. Around this time last year the company I work for got acquired by Kaseya and it was a reasonably smooth transition. I went from being the Identity Guy to Lead Member of Technical Staff, and from a small engineering team to, well, a lot more. Our products went from being somewhat silo’ed in nature to being the secure foundation for Kaseya’s new next generation platform. As such my team has spent the last year building some pretty cool things that everyone will see in the coming months. We made amazing progress over this last year and have hit a pretty good groove.

It seems fitting then that a year later I throw a wrench into the gears and royally muck up things. Two weeks ago my lovely girlfriend Dr. (Professor) Kate Rogers and I packed up all our stuff and moved South to Chattanooga Tennessee where Kate will be doing whatever it is professors do, and I continue doing whatever it is I do, albeit remotely.

It turns out I seem to move a lot. This isn’t my first cross-country move, and in fact, it isn’t even my second.

Around the age of 14 my parents packed up and moved from California to Ontario Canada.

As I recall it wasn’t a particularly easy exidous as California was going through a mini-drought at the time and had suddenly seen rainfall so a few highways were washed out leaving us stuck in the middle of the desert towards the end of summer, in traffic, late at night. Excellent. We pushed on but then the moving truck broke down on day two or three because of a sketchy timing belt. A timing belt that was installed a day or two before we left, because it’s predecessor was also causing problems. Coincidence? Eh. Eventually we made it to the new house, though technically it was over 200 years old by the time we moved in.

Life did it’s thing and I eventually found myself working in Toronto where I met Dana and he offered me a job in British Columbia working for him building our Single Sign-On product.

I learned my lesson last time that hauling your life’s possessions across the country is better left to the professionals so I hired a moving company. They came around the second week of December and I wasn’t scheduled to start until January, so I went home to Brockville and visited family for Christmas. The night before I was supposed to fly out a more-than-mild ice storm covered everything in ice making my 7am flight out of Ottawa an adventure as the airport was more than an hour away. Eventually we made it and the flight departed without issue. Dana picked me up at the airport and we took the long way to the office chatting about life, business, technology, and everything in between. Dana and I have since become close friends, and this latest move saddens me that we don’t get to just hang out and chat anymore, but seeing as I still work for him, we’ll talk plenty.

Along the way I met Kate. She was studying psychology at the University of British Columbia, though originally from North Carolina. We hit it off and moved in together. A year and a half later she defended her dissertation, became a doctor and was offered a position in Chattanooga. Suffice to say, it’s been quite the year.

Once more I learned hauling your life’s possessions across the country only later to realize you haven’t used half of it since moving, that it’s best to get rid of stuff before moving. We decided we would pack up all our stuff, and then drive down stopping along the way to see the various sights. 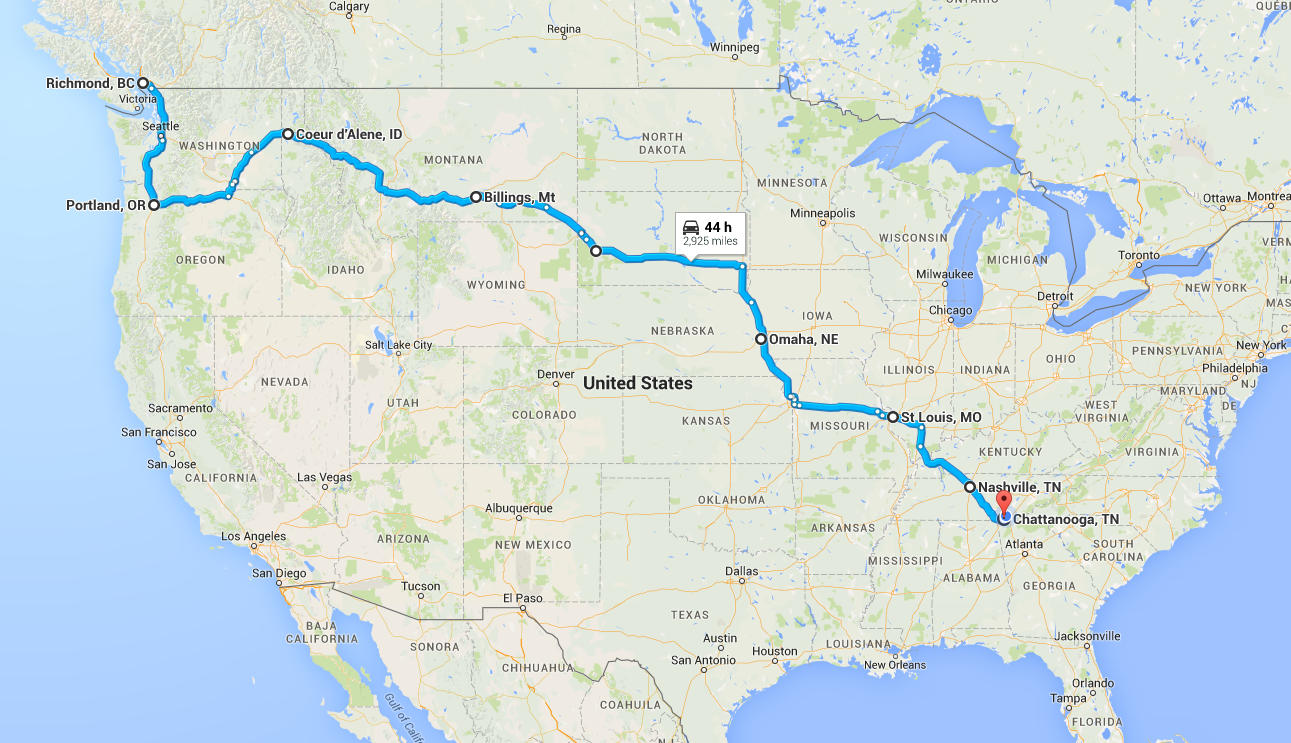 It took a week, a few donuts, quite a few cups of coffee, and a lot of tacos, but we made it. It was fairly uneventful, though there was an unexpected detour when a rock made friends with the windshield. 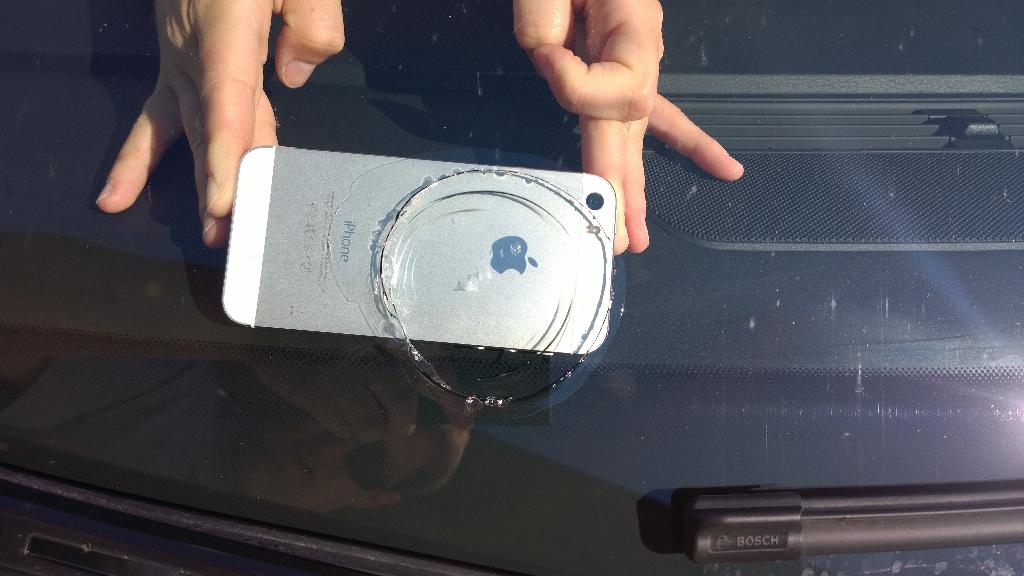 I don’t know why but out of everything we saw I most enjoyed South Dakota. It may have just been that we saw the most things within a few miles of each other: Mt. Rushmore, Badlands National Park, and the Minuteman Missile Historic Site. Well, lets be honest: it was the Minuteman.

Unfortunately we only got to the visitor center for the Minuteman site, but I would have loved to have seen this door: 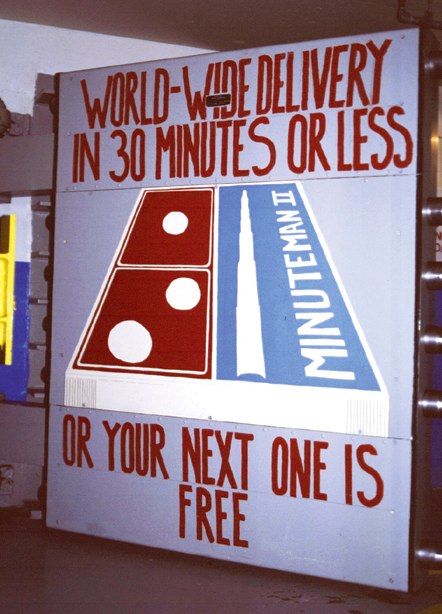 I guess we’ll have to go back some day.

Eventually we made it though, smiling too.

We’ve been here about a week now settling in. Unfortunately our apartment is still under construction, even though all “estimates” pointed to it being move-in ready 3 weeks ago. We stopped by the building earlier this week and poked around and there’s still a fair bit of work left. We’re staying with Kate’s family in the meantime. We may be here a while. Ah well. It’s nice to be with people you know though so that’s certainly making the transition a lot easier.

We’ll see what the next few weeks bring.